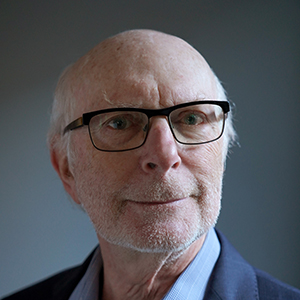 Dr Murray Baron
Dr. Baron received his MD from McGill in 1972, spent time as a general practitioner and then did further training  at the Universities of BC and Toronto.  He returned to the Jewish General Hospital at McGill n 1981,  was chief of rheumatology there from 1984 to 2021 and built that division up to 7 full time members.

In 1982 he created an inpatient rheumatic disease unit at the Jewish Rehabilitation Hospital for multidisciplinary care of patients. That unit closed about 20 years ago when biologic drugs became available for rheumatoid arthritis, vastly improving patients’ health and wellbeing.

Research then became an important part of his  contribution to medicine and he created the Canadian Scleroderma Research Group in 2003 with CIHR grants and he funded the work of this group with further grants and donations. Rheumatologists from across Canada and in Mexico City recruited patients and the registry now includes over 1600 patients with important longitudinal data.  The group has  produced over 180 scientific papers and its work has propelled Canada into a leadership role in the world in scleroderma  research.

He was a  president of the Scleroderma Clinical Trials Consortium which represents most of the world’s scleroderma researchers. He transformed this group into a vibrant new organization with many working groups performing research that will improve the efficiency of scleroderma clinical trials. He is an executive member of the organization and runs two of the working groups.  He created  a roundtable with pharma which has raised funds to support the consortium’s research. He chairs a subcommittee that is working on a white paper for regulatory agencies, including the FDA, that will make recommendations about outcome measures for scleroderma therapeutic trials.