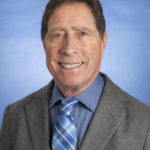 Dr. Keystone obtained his Doctorate of Medicine from the University of Toronto in 1969, and his specialty degrees (or fellowships) in Rheumatology and Internal Medicine in 1974.  He then conducted his research training at the Clinical Research Centre in Harrow, London, UK until 1976.  He served as a consultant rheumatologist at The Wellesley Central Hospital in Toronto from 1976 to 1998 before assuming his current position at Mount Sinai Hospital.

Dr. Keystone is a professor of Medicine at the University of Toronto. He is a Senior Consultant in Rheumatology at Mount Sinai Hospital.   In 2003 Dr. Keystone established The Rebecca Macdonald Centre for Arthritis and Autoimmune Disease – a centre devoted to research of genomics, therapeutics, and outcomes in autoimmune inflammatory joint disease.  He is Director of the Centre and heads the Advanced Therapeutics Division which focuses on novel therapeutics in Rheumatoid Arthritis. In concert with Dr. Katherine Siminovitch, he is currently developing the Centre for Excellence in Personalized Medicine in Arthritis and Autoimmune Disease at Mount Sinai Hospital.  Dr. Keystone is a consultant to the pharmaceutical and biotechnology industry and a member of numerous biopharmaceutical advisory boards.

Dr. Keystone is also involved in outcome and translational research studies in Rheumatoid Arthritis.  He is the author of over 300 peer-reviewed papers and more than 100 book chapters, reviews and invited papers.  He has been the recipient of numerous honours, including CRA’s Distinguished Investigator Award and the ACR’s Grand Master Award in 2008. Dr. Keystone also received a Lifetime Excellence in Rheumatology Teaching Award at the Rheumatology Winter Clinical Symposium Conference in January 2011, as well as the Congress of Clinical Rheumatology Outstanding Speaker Award in the spring of 2011.  In 2012, Dr. Keystone was chosen an “Alumni of Influence” by the University College of the University of Toronto. In 2014 he was awarded “Rheumatologist of the Year” by the Ontario Rheumatology Association.