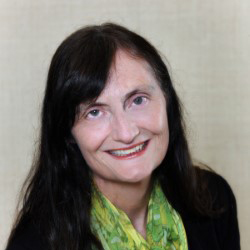 Janet Pope is a Professor of Medicine and Rheumatologist at the University of Western Ontario, Schulich School of Medicine.  She has published over 500 articles; resulting in several research accolades, but Janet is also a passionate teacher/educator. Janet has served on several committees at the Canadian Rheumatology Association (CRA) including education, research, scientific, human resources, therapeutics, and guidelines committees. She developed the CRA summer studentships more than 20 years ago and ran the program for years. The studentships have increased the number of rheumatologists by exposing medical students to rheumatology. She created and has led the Future Leaders in Rheumatology program in 2010; now called the CRA Leadership program (LEAP), which is a needs-based program for early career rheumatologists. She currently co-hosts some of the Around the Rheum podcasts after having been featured as a regular guest. Janet has a social media presence on Twitter (@Janetbirdope) where her #ClinicalPearls have a reputation of teaching physical findings to >11,000 followers. She co-directs the McMaster-Western Residents’ Weekend attracting internal medicine trainees to learn rheumatology. Janet is an invited speaker regularly in many parts of the world due to her dynamic interactive style. She has received teaching awards and research accolades. Her passions are several including clinical care and research in rheumatoid arthritis, scleroderma and SLE. She loves to teach trainees and colleagues and patients. She is so thankful for the many experiences due to the privilege of being a Canadian rheumatologist!