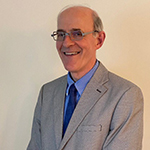 Born in Ireland, Dr. John Hanly obtained his medical degree from the National University of Ireland in 1978. Following completion of his training in internal medicine, he pursued a two-year Rheumatology Research Fellowship with Professor Barry Bresnihan in Dublin. This was focused on the clinical efficacy and immunomodulatory effects of total lymphoid irradiation in patients with severe rheumatoid arthritis.

Dr. Hanly is a respected clinician, teacher, and clinical investigator. As a researcher he has received continuous peer-reviewed funding from the Canadian Institutes of Health Research (CIHR) since 2002. His focus has been the study of pathogenic mechanisms of systemic lupus erythematosus and their clinical outcomes. His most significant contributions have related to the effects of lupus on the brain and other parts of the nervous system. His publication record on neuropsychiatric lupus is internationally recognized.

Dr. Hanly is a Master of both the Canadian Rheumatology Association (CRA) and American College of Rheumatology (ACR). He is Past Chair of the Systemic Lupus International Collaborating Clinics (SLICC), an international research network of lupus investigators in 16 countries. Through his ongoing membership of national and international networks involved in clinical studies of lupus, he continues to be a productive contributor to this field. He has received several awards in recognition of his achievements in lupus research, including the ACR Edmund L. Dubois memorial award, the CRA Distinguished Investigator award and the Ira Goldstein Honoree award from New York University.