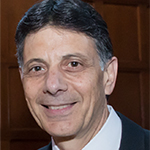 Dr. Rayfel Schneider is an outstanding educator and highly sought-after teacher who has had a huge influence on the practice of paediatric rheumatology across Canada and, indeed, world-wide.

Over his entire career, Dr. Schneider has been devoted to education—first as the Undergraduate Education Director for the Department of Paediatrics at the University of Toronto, then as the Program Director for Rheumatology at SickKids, and for the last many years as the Associate Chair of Education for the Department. He has been widely recognized as a superb and highly influential teacher.

He developed and formalized the paediatric rheumatology curriculum at the University of Toronto (U of T), the U of T academic half day program, introduced the CanMEDS objectives and was instrumental in changing the Royal College paediatric rheumatology examinations to their current format. Dr. Schneider has been recognized many times for his excellence in education, including winning the Dafna Gladman Award in 2007, the 2013 Pediatric Chairs of Canada Clinician Educator Award, the U of T 2014 Charles Mickle Fellowship Award for long-term contributions to postgraduate education, and most recently, The College of Physicians and Surgeons Council Award.