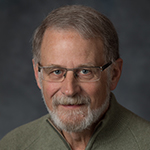 After Dr. Jamie Henderson completed his rheumatology residency, he started his clinical practice in Fredericton in 1981 as one of two rheumatologists in the Province of New Brunswick. He spent his entire 35-year career in this practice, serving anglophone and francophone patients from the entire province. He started his practice assigning one hour to each new patient and a half-hour to returning patients. This pattern was continued in an unwavering manner for his entire career. His patients universally acknowledged his capacity for listening to their whole story. He embodied the spirit of Sir William Osler, whose portrait he had visibly hung in his office: ”Listen to your patient; he is telling you the diagnosis.”

His administrative skills were quickly acknowledged as he rapidly ascended to leadership positions in the Fredericton medical community. He was appointed Medical Director of the multidisciplinary Fredericton Medical Clinic. His balanced and thoughtful approach regularly achieved consensus on multiple contentious issues, a consensus that even included radiologists! He served as the head the Internal Medicine Department at the Dr. Everett Chalmers Hospital and achieved similar outcomes.

Arguably his greatest contributions were to the Canadian Rheumatology Association (CRA) and the rheumatology community. As President Elect, President, and Past President of the CRA, and in conjunction with Drs. Michel Zummer and John Thomson, he was instrumental in establishing an enduring relationship between the CRA and the Mexican College of Rheumatology. This culminated in two memorable conferences integrating the two organizations which brought together the Canadian and Mexican rheumatology communities in a spirit of collegiality and innovation.

Dr. Henderson continues to contribute to the CRA in his capacity as President and Chair of the Board of the Journal of Rheumatology, balancing this responsibility with his major responsibilities as a grandfather to Jacob and Madeleine, responsibilities which he takes very seriously.